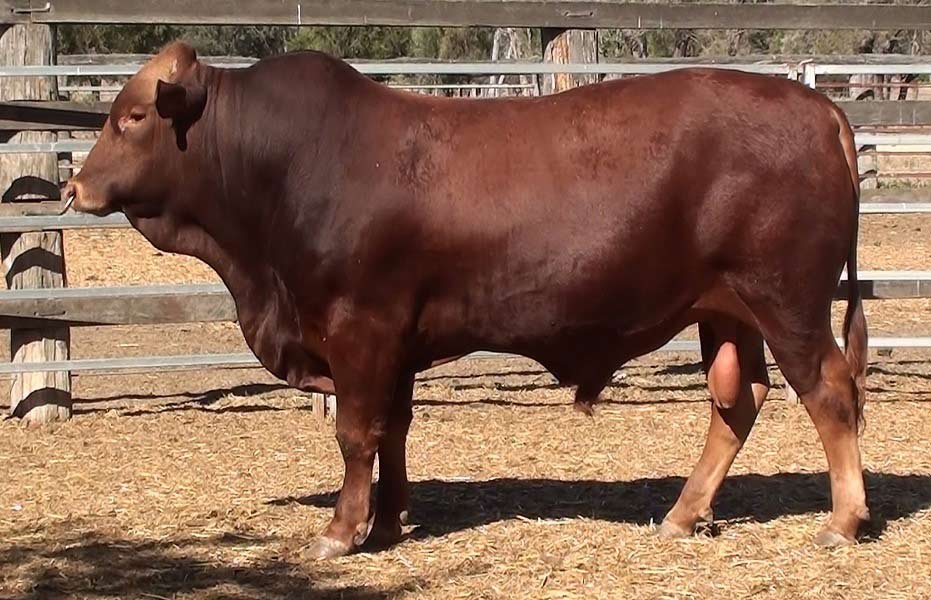 Belmonts are a Tropically adapted Bos Taurus breed. A composite combination, the original Belmont Breed based on 1/2 Africander, 1/4 Hereford and 1/4 Shorthorn evolved as a result of cross-breeding experiments commenced at the National Cattle Breeding Station "Belmont" in 1954.

Africander Bulls (tropically adapted native breed of South Africa) were crossed over Hereford and Polled Shorthorn Dams (both british breeds) Combining the heat tolerance, parasite resistance, disease resistance, hardiness and easy calving of the Africander with the fertility, growth and carcase traits of the British breeds. The purpose of the research program was to evaluate the role of Africander and Brahman breeds for Beef production in the Northern Australia. The resultant genetic line of cattle was then extensively evaluated under scientific conditions for suitability under commercial management over a wide range of environments. 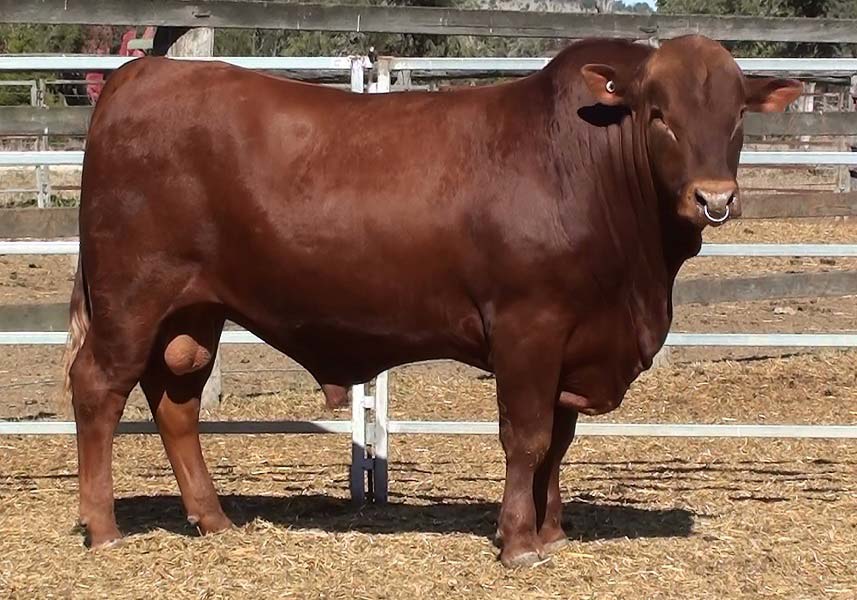 In general apppearance Belmonts are predominately red. There is generally a small hump forward of the shoulder identifying their Sanga Ancestory. Structural soundness of each individual animal is important along with performance in Fertility, Growth, Temperment and Carcase traits. Breedplan is used to evaluate as many traits as possible.

Belmont cattle were available to the Beef Industry from 1974, Tremere Belmont cattle have continued to be evaluated in the areas of reproduction, growth, temperament, carcase characteristics, environmental adaptation and survival.

Tremere Pastoral has based its standards on productive and adaptive traits that can be objectively measured and are known to be heritable. Hence Tremere keeps its Belmont breed content within the following guidelines.